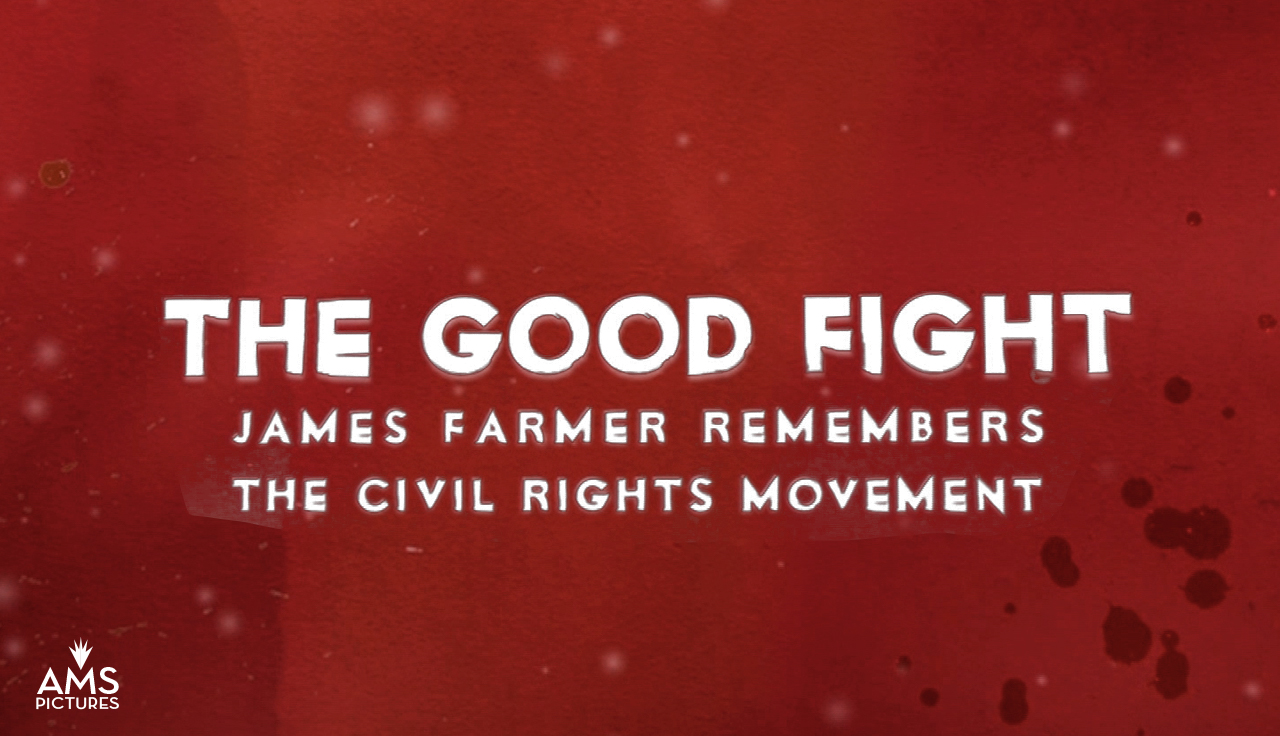 When he rolled into the Jim Crow South on a Greyhound bus-a black man sitting in the whites-only front seat-James Farmer was scared. “Courage is not being unafraid, but doing what needs to be done in spite of fear,” said the organizer of the Freedom Rides and pioneer of the earliest sit-ins.

A relentless leader, a dynamic speaker, and a forceful organizer, Farmer was one of the first civil rights activists to use nonviolent direct action to fight for dignity and justice. Yet at what cost? His own family suffered from his frequent absences, prison stays, and threats made on his life. And, he was continually disappointed in his lack of recognition, especially after witnessing the momentous legacy of Martin Luther King, a man ten years his junior. The independent film The Good Fight from Texas video production house, AMS Pictures chronicles Farmer’s life from his earliest days as a “Great Debater” at Wiley College to his legacy teaching a new generation of students about the movement that shaped a country.